Throughout April and May 2020 Gasworks presents a series of online screenings of artist films commissioned for our exhibitions programme over the last few years. Featuring works by Monira Al Qadiri, Louis Henderson & Filipa César, and Maryam Jafri, each piece will be available to stream on Gasworks’ website for one week and is accompanied by interviews with the artists, audio lectures and reviews.

The second film to show in this series of online artist films is Sunstone, a film made collaboratively by artist / filmmakers Filipa César and Louis Henderson. The work was based on ongoing research that explores how optical technologies of military and colonial design – from lighthouse Fresnel lenses to global satellite navigation systems – both inform and are informed by Western models of knowledge. Taking a critical approach to the ideologies behind the development of these instruments of guidance and surveillance, the artists consider how imperial gestures of discovery, revelation and possession are embedded in associations between seeing and understanding, light projection and enlightenment.

The film tracks Fresnel lenses from their site of production to their exhibition in a museum of lighthouses and navigational devices. It also examines the diverse social contexts in which optics are implicated, contrasting the system of triangular trade that followed the first European arrivals in the 'New World' with the political potential seen in Op art in post-revolutionary Cuba. Incorporating 16mm celluloid images, digital desktop captures and 3D CGI, the film also maps a technological trajectory: from historical methods of optical navigation to new algorithms of locating, from singular projection to multi-perspectival satellitic visions. Registering these technical advances progressively through their film’s materials and means of production, the artists develop what they describe as “a cinema of affect, a cinema of experience - an Op-Film.”

Sunstone was exhibited in the exhibition Op-Film: An Archaeology of Optics which was on show at at Gasworks between 25 April 25 June 2017.  READ MORE

Read an exhibition review by Alice Bucknell on Temporary online, or scroll down to read PDF reviews in Art Monthly, as well as the project's inclusion in Artforum's top film works of 2017 as chosen by Erika Balsom. Scroll down to read PDF article A Filmic Allegory: a material-semiotic analysis of Sunstone by Filipa César and Louis Henderson, by Sara Buoso, published in The International Journal of New Media, Technology, and the Arts, Vol. 14, Issue 4, Commonground Research Network, Illinois, USA, December 2019.

You can read find a text, Opal and the Sunstone, by the artists below.

Works by Monira Al Qadiri. Louis Henderson & Filipa César, and Maryam Jafri will be available to stream on Gasworks’ website for one week. Each screening and is accompanied by interviews with the artists, audio lectures and reviews. More 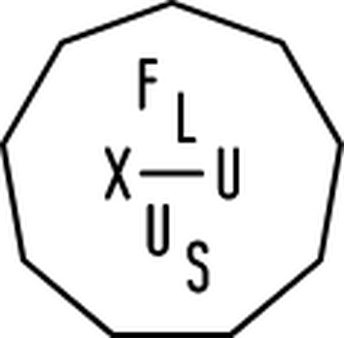