Chilean artist Patricia Domínguez explores healing practices emerging from the points where many worlds meet, clash and overlap as a result of colonial encounters. Rooted in the artist’s ongoing investigation of ethnobotany in South America, her first UK solo exhibition invites the viewer to envision possible futures for humans and plants thriving in the cracks of modernity.

The exhibition presents a multi-screen video installation alongside a series of altars and totem figures. Combining ethnographic surrealism and science fiction, Domínguez’s work embraces a range of myths, symbols and rituals shaped by extractivism and global finance, from the syncretic worship of Our Lady of Cerro Rico, an infamous silver mine in Bolivia where eight million natives died, to the archaeological museum inside Scotiabank’s head office in Cusco, built on top of the ruins of an Incan palace.

Sculptures dotted around the show incorporate talismanic objects with business shirts and consumer electronics as a way to exorcize the effects of neoliberalism on the body, signalled by the presence of healing plants such as the Rose of Jericho, which is said to absorb harmful radiations from Wi-Fi networks; and Aloe Vera, used to relieve computer vision syndrome.

Domínguez’s recycling of materials and symbols is testament to her encounter with an enigmatic bird-like totem in the collections of the Salesian missionaries in Punta Arenas, Chile. Envisioned by native children under colonial rule, this artefact —recreated in the show— epitomises cultural bricolage as a means to resist the erasure of indigenous worlds and livelihoods.

Ceramics, watercolours and assemblages of found objects are gathered around a video installation shaped like a cybernetic altar. At its heart, the hologram of a pre-Columbian vase representing a crying duck serves as an avatar to mourn the many worlds suppressed by colonial power.

The centrepiece of the altar is a 25-minute-long video entitled Eyes of Plants, which explores the practice of healing with roses and other mestizo rituals emerging in the contact zones between radically different cosmologies. Introduced by European settlers, roses acquired magical power in the colonial imaginary through the legend of Our Lady of Guadalupe, who chose the rose as a symbol to manifest herself to Juan Diego, the first indigenous saint from the Americas. Incorporating optical illusions, homemade props and close relatives as actors, Domínguez’s video induces a hallucinatory experience.

The main video is bookended by two oversized digital animations of the artist’s scanned irises. Staring back at the audience, Domínguez’s green eyes, a sign of European heritage, become an uncannily photorealistic record of colonial encounters.

Produced to accompany the exhibition, the publication Technologies of Enchantment features a visual essay chronicling an ethnobotanical journey across indigenous lands in Bolivia, Chile and Peru. Approached with a sense of wonder, the text uncovers the histories buried beneath the surface of hydropower dams, petrol stations and other ‘temples of extractivism’. The publication is designed in collaboration with Futuro Studio and can be downloaded here.

Patricia Domínguez’s exhibition is commissioned and produced by Gasworks, with generous support from Lazo Cordillera, Fundación Engel, Fundación AMA and SCAN. The work will later travel to CentroCentro, in Madrid.

Patricia Domínguez works across video, installation, drawing and writing. Her work traces the relationships of affection, labour and obligation that are emerging from the ongoing digitisation of all aspects of life, and rise of the … More

Patricia Domínguez invites the audience to embark on a virtual tour of the Museum of Seagulls, a one-man museum of curiosities and archaeological findings established by her grandfather in the Atacama Desert, Chile. More 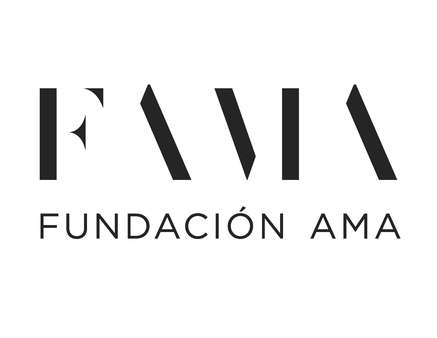