Henry Bradley is an artist and researcher working across forms of video art, documentary, writing, and pedagogy. His recent video works act as ‘cinematic investigations’ into the effects of neoliberal ideals, managerial techniques, technological developments, and environmental crises, on the human voice and speech. Using frameworks and concepts of ‘the event’ to underpin his projects, he sees his practice as ‘future-oriented’, working with methodologies prior to the event such as scenario-planning, simulation, rehearsals, and pedagogy, to forefront a politics of premeditated state and corporate actions and socio-cultural (re/un)learning. Collaboration is fundamental to his practice, recently working with local groups, actors, puppeteers, teachers, and musicians.

During his residency, Bradley has developed a project that uses the historical framework of 19th-Century aqua drama in theatre, and the death of his Grandfather on a BP Crude Oil Tanker explosion and spill in Doha, 1966, as a starting point to investigate simulated futures of oceanic oil supply chains. The project aims to begin with modelling the scenarios of a future vessel on its simulated journey along a global oil supply chain through re-appropriating the use of algorithms increasingly deployed in aid of corporate and state risk scenarios. By modeling this oceanic future, Bradley intends to practically interrogate the politics of its logistical, technical, cultural, and imaginative infrastructures.

Bradley also continued the work Phototendering: proposition for a puppet show in Northern Italy, a multimedia project that acts as a gift and proposal to the Italian puppeteer Vittorio Zanella. It reenacts a conversation between the puppeteer, a translator, and the artist, in which the puppeteer tells of his family's medicinal and pathological relationships to the history of Moplen, a brand of plastic born out of the chemists Giulio Natta and Karl Ziegler’s 1963 Nobel Prize winning research into high polymers. Bradley used the studio to film the wrapping of three custom made marionettes, to be sent as a gift to Zanella’s museum. 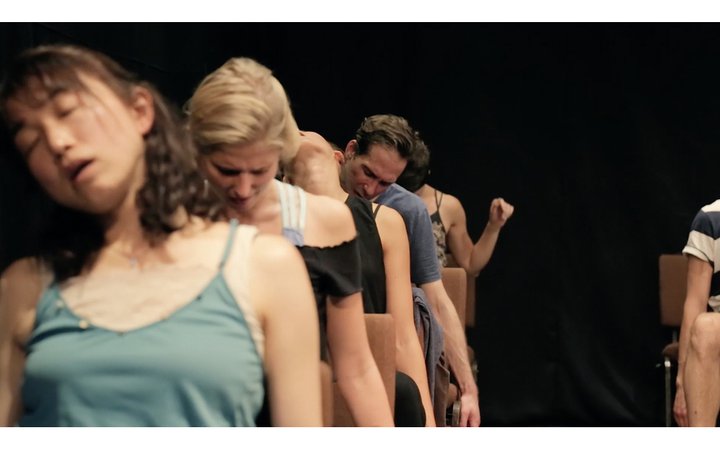 Glossolalia parallels a method acting class, in which actors are trained to access and utilise their unconscious and irrational nature, alongside an Accent Softening Course for Business, whereby international workers learn the 'Standard English' accent so as to help further their careers in the UK. Set in a single rehearsal room in East London and organised into nineteen fragments, the video acts as a microcosm to investigate the voice as a site to host a range of politics surrounding the contemporary worker, the 'Standard British' accent, and emotional capitalism. Interspersed throughout are a series of scenes, including children learning phonics and reciting an absurd poem inspired by Jorge Luis Borges, that further question our wider relationships to language, meaning, and pedagogy. 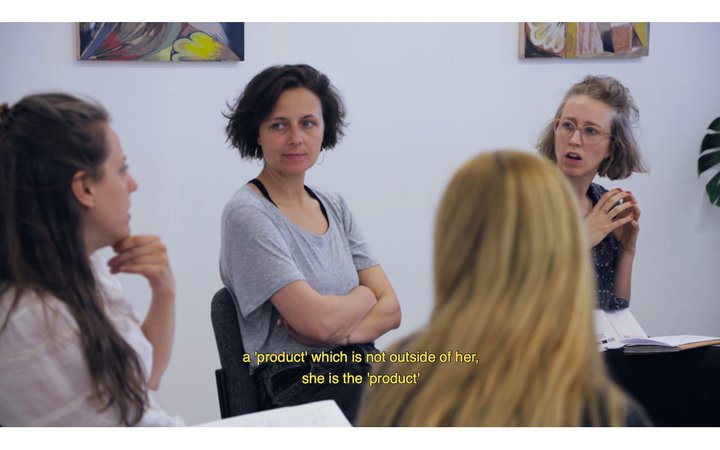 Rhythming updates Harun Farocki's The Interview (1996), re-staging a Small Talk and Storytelling class for entrepreneurs on a specifically built stage in an old East German cotton-mill warehouse. It highlights how practices of behavioural psychology and storytelling, commonly adopted by large-scale advertising projects, have now become frequent practices by which the contemporary individual worker can sell and understand themselves. Throughout the video, the workers and the teacher collectively leave the set to go behind the stage, denaturalising the reality of the educational situation taking place as they change clothes for new scenes or get paid by the artist for their time and labor. When installed the video is further accompanied by a performance lecture by a hired actor, investigating questions around the labor of speech and the disembodied voice. In its iteration at Halle 14 Centre for Contemporary Art, Leipzig, this was performed by the actor Juliane Elting. 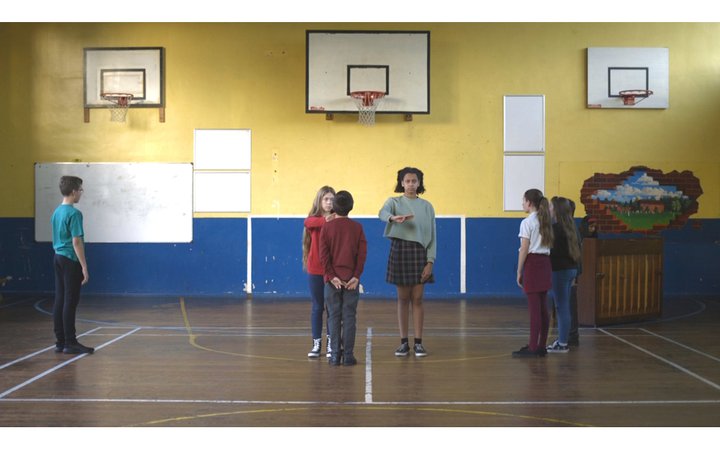 Frenulum uses techniques of theatre and song to explore the gestural politics of phonetics, group ritual, medicinal intervention, and children’s games, following a group as they perform imaginary tongue-surgery, seemingly in order to alter the speech of one of their members. The activities draw upon an operation called a ‘lingual frenectomy’, something commonly used to decrease the effects of tongue-tie, but which has also been controversially used in specific parts of the globe to help children’s future pronunciation of certain English phonetics without scientific evidence of any correlation. Set in a school gym littered with familiar pedagogical signifiers of adaption and transformation, the film stays within a poetic and abstract space that deals solely in gestures, choreographed movements, and phonetic song. 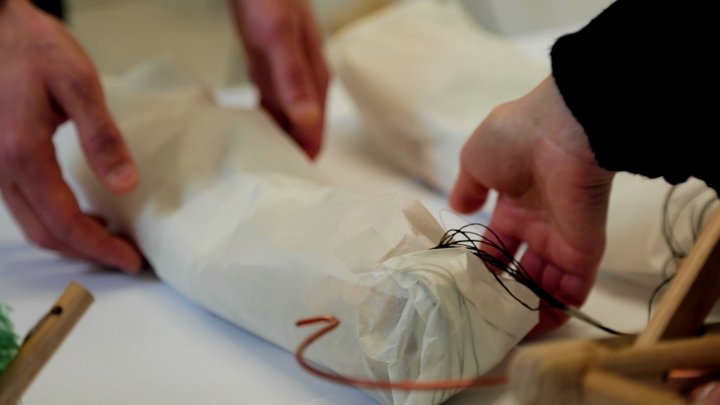 Phototendering: proposition for a puppet show in Northern Italy is a multimedia project that acts as a gift and proposal to the Italian puppeteer Vittorio Zanella. It consists of a shipment to Zanella’s puppet museum in Northern Italy containing three custom wooden marionettes, a 14-minute two-channel video, and a letter.

Channel 1 of the video component reenacts a conversation between the puppeteer, a translator, and the artist, in which the puppeteer tells of his family's medicinal and pathological relationships to the history of Moplen, a brand of plastic born out of the chemists Giulio Natta and Karl Ziegler’s 1963 Nobel Prize-winning research into high polymers. As the speech travels from the voiceover artists to the fingers of the puppeteers, and from the Italian language to the English, the video uses the infrastructure of a puppet show to highlight issues within the linguistic and gestural translation of histories and personal stories.

Channel 2 shows the puppets being prepared and wrapped in order to be sent as gifts to the puppeteer's museum.

The letter proposes the idea of using the artist's video as a starting point for a puppet show to be created in Italy by the puppeteer; one which could act as a sustainable pedagogical resource on the local history of the plastic, Polypropylene, for the children living in the city of Ferrara near the petrochemical plant.

Gasworks Studio Residencies are a response to outbreak of Covid-19, which has caused the postponement of our international residency programme. Until the programme can resume, the residency studios have been made available to London-based artists and writers who are currently unable to afford their own dedicated workspace.

From 8 - 18 April artists in residence Antonia Luxem, Henry Bradley, Jamila Prowse and Tawfik Naas share past works and works-in-progress on our website, providing photos, videos and text for audiences to experience online.  More