Often mediated through lecture performances or installations, Lina Hermsdorf’s essayistic works address questions around epistemology and its relation to the cybernetic paradigm. Having worked in the field of theatre and gradually transitioning into the visual arts, her practice is informed by cross-disciplinary techniques and an interest in narrative strategies. Her protagonists range from humans to fresh water animals and technological devices, telling tales of ageing, diet, origin, exercise, generational shifts, bilateral symmetry, immortality, green tea and entropy. The entities are constantly changing and (un-)learning, adapting to each new environment and responding to their architectural surroundings.

Throughout the residency, Hermsdorf will focus on the concept of maintenance in relation to the means of production within an exhibition format. Gasworks will be looked at as a living system, in which energy, material, and information comprise an organic structure which requires ongoing maintenance. Drawing from her previous projects, she will use the raw data from the building - such as the efficiency of the heating system, gas and electricity consumption, as well as the hours of labour and finances required for the upkeep and smooth running of the organization – in order to develop an environment for a work that shifts between a performative composition and installation.

Lina Hermsdorf studied Theatre at the University in Giessen and Fine Arts at the Städelschule in Frankfurt. Her works have been shown at Museum Abteiberg Mönchengladbach (2016), BlockUniverse, London (2016), Minibar, Stockholm (2015), Yvonne Lambert, Berlin (2015), Kunsthalle Baden-Baden (2015), Rowing, London (2015), and Taylor Macklin during the Contemporary Art Weekend in Zurich (2015), among other venues. She also founded the collective Atlas Economy, which functions as a brand that can be used or appropriated for realising projects in any field: art, sociology, science, architecture, politics. Upcoming projects include: Salon Kennedy, Frankfurt, Good Forever, Dusseldorf, Atlas Economy at Mélange, Cologne and Human Resources, Los Angeles.

Lina Hermsdorf's residency is supported by Goethe-Institut, London and is hosted in The Roberts Residency Studio.

Drop by and get to know the visiting artists at this free event offering London audiences a unique opportunity to see, hear about and discuss the research and work-in-progress that they have been developing over the past three months. More 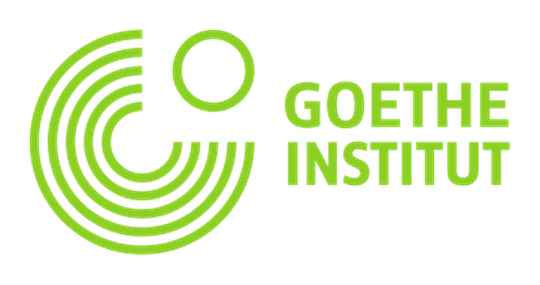